“The door closes, the light stays on. Or is it the closing which turns on the light in the first place? The beginning of a sexual enlightenment. Or is it the picture itself,
which sanctifies one of the most profane spaces imaginable? But if so, why is everybody so secretive, so proprietary about it? Which secret do they fear to
be revealed ((the one) that there is nothing to reveal?)? And wasn’t it the hang out of the toilet doors that made the “commune” of the sixties fail? Something must be happening behind that door. Maybe something so strange, so perverse no one even wants to talk about it. But the room, just seen, shows nothing but naked shining tiles. So in that space something from out of space takes place. Something that subverts the (proper) dressed order, something that alienates us from ourselves. Did aliens arise here? For sure, they have.” – Bini Adamczak 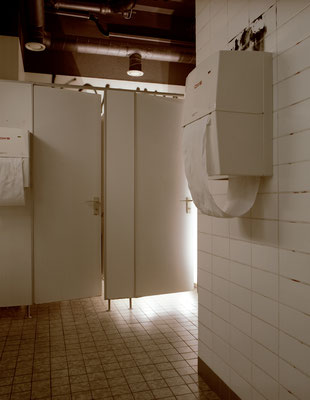 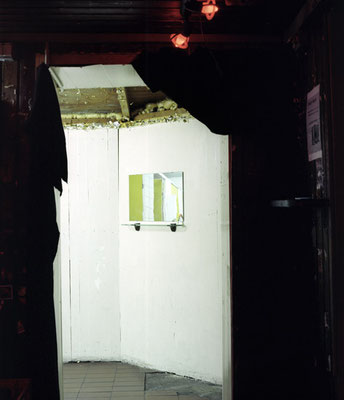 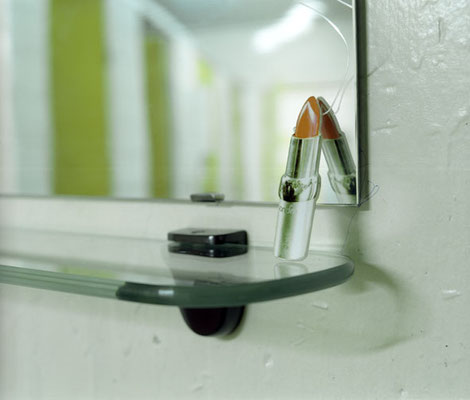 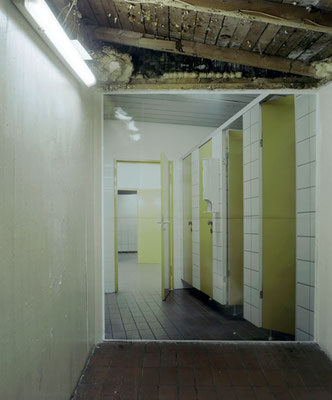